My Linux Experience - Breaking The Myth 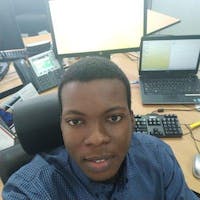 Myths. You know, those things you read in textbooks but never end up seeing in real life. Unix, Linux, at some point, these were just stories your CS teacher would talk about during the history of computer classes. The infamous Generations of computers. With Windows having about 90% in market share by 2009, If you had access to a PC, there was a high probability that it had windows installed on it (long live XP). So how did I break this myth?

Fast forward to 2016, my first ever installation of a Linux distro. If you guessed Ubuntu, I'm not surprised. Going back to the myth, we did a "CS course" in my first year that covered the history of computers. The Unix operating system came up again. Only, I wasn't going to let it slide this time around.

At this time, I had damaged my PC and was working off my dad's own. He seldom used the laptop, so I decided to test out the OS on it. I did some Google search, which effectively led me from Unix to Linux to Ubuntu. I knew a little about running executables on windows and even installing a fresh Windows OS, but what I was about to do next, none of my "windowing" prepared me for it.

I had downloaded the OS disk image onto the PC. My first instinct was to look for a .exe file on the disk image that would let me start the installation right from Windows (I would later come to discover that something similar was attainable using The Wubi installer). It was a frustrating search, but then the community doesn't disappoint, bootable USB sticks to the rescue 🔥! But I didn't get there just yet. You know that thing that happens when you are reading a Wikipedia article, and then before you know it, you are 10-articles deep. The rabbit-hole went from boot sectors to "Hello world!" in Assembly language. I need my time back! 😭

Eventually, I set up the latest Ubuntu OS on the USB stick with the help of Rufus (a utility software used to format and create bootable USB flash drives) and plugged it into my computer. What I saw next came as a surprise. You can use the OS right from the USB stick 🤯 (live mode). I felt an air of relief. Remember, I was attempting this stunt on my dad's PC.

I had already seen screenshots of what the interface looked like online, so no surprises. My first impression of Ubuntu was that it appeared so unconventional (it's not like I had any other OS to draw reference from apart from Windows). It didn't have many apps, but the first things I looked for were a file manager, a browser (Firefox), and a media player. I wasn't much of a "power user" yet, but I got the hang of it. In Linus Torvald's own words

There are lots of Linux users who don't care how the kernel works but only want to use it. That is a tribute to how good Linux is.

I was still perplexed at the fact that the OS was running live from a USB stick, so of course, I opened Firefox to see if I could browse.

I ended up using Ubuntu from a stick for about a week. It was time to take bold steps. I began the installation procedure and discovered that I could even run Linux side by side with windows 🤯🤯 (Dual boot). More relief for my weak heart. I get to keep my dad's windows the way it is and still experiment with Linux. The installation was successful. I was now a full-fledged Linux user. Or was I? At least, I had broken the myth!